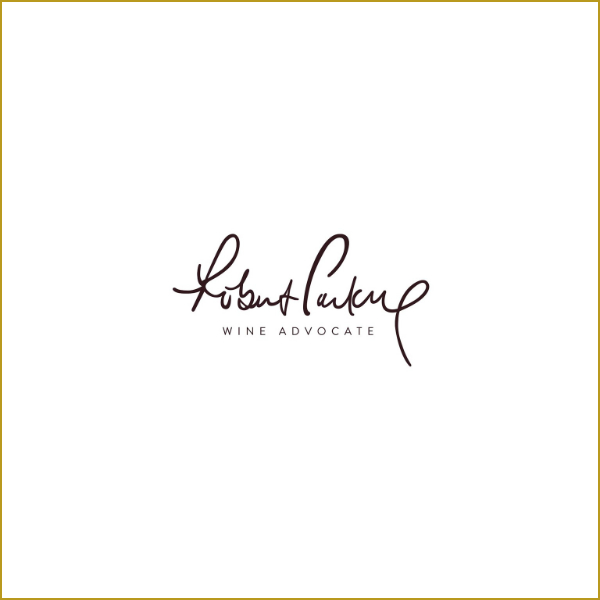 Capitel San Rocco Valpolicella DOC Ripasso 2016 – 90
The 2016 Valpolicella Superiore Ripasso Capitel San Rocco shows great dark fruit intensity, spread over a rich mid-weight style. I found the breezes of rosemary essence and eucalyptus oil to be very distinctive and nice. It’s the perfect choice for roasted lamb with garlic and rosemary potatoes, and it’s a great value too, thanks to the 100,000 bottles made. This wine was first produced in 1976, and the Tedeschi family was among the first to use the Ripasso method in Valpolicella in its commercial winemaking.

Maternigo Valpolicella DOC Ripasso Superiore 2014 – 88
The 2014 Valpolicella Superiore Maternigo is an accessible wine that gives you a good sense of the power of the appellation, but it doesn’t have much depth or complexity due to the difficult growing conditions in this vintage. Ripe notes of red cherry liqueur appear with smoke, tar and black licorice. Have it with a serving of shepherd’s pie. Some 15,000 bottles were made.

Maternigo Valpolicella DOC Ripasso Superiore 2015 – 90
This is an easy-drinking blend of 40% Corvina, 30% Corvinone and 30% Rondinella. The 2015 Valpolicella Superiore Maternigo is perfect for pizza or burgers and fries. The grapes come from the Maternigo vineyard, occupying 31 hectares in the Mezzane area, which lost much of its fruit in this vintage to a violent hailstorm. So, only 13,600 bottles were produced. The quality, however, has remained happily intact, with bright berry and dried blackberry flavors.

La Fabriseria Valpolicella DOC Classico Superiore 2013 – 91
Ripe, sweet fruit and barbecue spice come out very clearly in the 2013 Valpolicella Classico Superiore la Fabriseria, topped off with notes of tar and black currant. It’s an inky, full-bodied wine that’s great for winter nights at home with a platter of aged cheeses. This kind of easy-drinking Valpolicella gives you a glimpse into Verona winemaking tradition. Sweet and savory on the close, this is a classic blend of 35% Corvina, 30% Corvinone, 30% Rondinella and 5% Oseleta. Some 10,000 bottles were made.

La Fabriseria Valpolicella DOC Classico Superiore 2015 – 92
The 2015 Valpolicella Classico Superiore la Fabriseria is a fresh and immediate blend of 35% Corvina, 30% Corvinone, 30% Rondinella and 5% Oseleta, with fruit from a vineyard site 500 meters above sea level. The grapes are left on the vines to shed some of their water volume before they are pressed and fermented with light punch-downs to extract color and aromas, but not in an excessive manner. The wine ferments on the skins for one month, so the power and concentration of those grapes does come through, especially on the finish. This is a terrific expression that is informal but offers complexity at the same. Serve it with sandwiches of grilled steak, roasted peppers, rucola and Parmesan cheese. Some 10,000 bottles were made.

Amarone della Valpolicella DOCG 2013 – 93
This is a genuine and direct interpretation of a classic wine that demonstrates the love and dedication that local vintners have for this tradition here in the home of Romeo and Juliette. The 2013 Amarone della Valpolicella manages to show power and determination without too many bells or whistles. It is an accessible and faithful expression that passes on sweet notes of barbecue along with a kiss of sweet tobacco. The blend is 30% Corvina, 30% Corvinone, 30% Rondinella with a 10% mix of Rossignola, Oseleta, Negrara and Dindarella, and it ages in large oak casks for up to 50 long months. I really appreciate the honesty of this wine. Some 120,000 bottles were made.

Amarone della Valpolicella DOCG 2014 – 91
The 2014 Amarone della Valpolicella shows more cola and balsamic intensity than does the 2013, with more barbecue spice as well. In a blind tasting, I might say that this is the older wine, rather than the 2013. This weaker vintage sprinkles out plenty of garden herb and green olive. Of course, you still get the darkly concentrated Amarone dried fruit sensations of prune and raisin at its core. I think it would do well with some veal schnitzel. I like the fullness of the 2013 better when I tasted these wines together. Production here was smaller in this difficult vintage, with 90,000 bottles made.

Marne 180 Amarone della Valpolicella DOCG 2015 – 94
This wine is made with fruit from outside the Classico zone, from hillside vines planted in well-drained marl soils, with 180-degree exposures from southwest to southeast. The wine’s name Marne 180 plays up both of those site-specific attributes. A new wine from Tedeschi, the 2015 Amarone della Valpolicella Marne 180 is slightly more approachable when stacked against the estate’s Amarone Capitel Monte Olmi. Offering bright primary fruit with good complexity in the form of spice, tobacco and dried herbs, you could serve the Marne 180 at a holiday party with a platter of French cheeses. The wine is aged in large Slavonian oak casks for 30 months. Some 120,000 bottles were made.

Capitel Monte Olmi Amarone della Valpolicella DOCG Classico Riserva 2011 – 94+
If you like big Amarones, this one is big with a capital B. The most robust and powerful of the bunch, the 2011 Amarone della Valpolicella Classico Riserva Capitel Monte Olmi is also sophisticated and integrated, despite its huge alcohol content at 17%. I knew the alcohol was high, but I would have never guessed it was that high, and that speaks to the relative balance achieved here. It is sweet, robust and richly layered and textured in the mouth. This is a huge wine that will make you very happy, very fast. The blend is 30% Corvina, 30% Corvinone, 30% Rondinella and a 10% mix of Oseleta, Negrara, Dindarella, Croatina and Forselina, which comes from the Monte Olmi vineyard in the Pedemonte hills. The grapes are dried for a lengthy four months. This is the estate’s flagship label, and it became a Riserva starting with the 2009 vintage. Some 10,000 bottles were made.

Capitel Monte Olmi Amarone della Valpolicella DOCG Classico Riserva 2012 -95
The 2012 Amarone della Valpolicella Classico Riserva Capitel Monte Olmi shows huge intensity over a robust mouthfeel. I love that eucalyptus balsamic note that comes up at the top, rounded off by softer notes of chocolate and tobacco. The blend is 30% Corvina, 30% Corvinone, 30% Rondinella and a 10% selection of Oseleta, Negrara, Dindarella, Croatina and Forselina. Aging takes place in large Slavonian oak casks. This is a powerful, full-bodied wine with a knockout 17% alcohol punch that makes no apologies for its strength. It comes forward with pride and boastfulness. This wine will hold for a decade or more. Production is bigger than the 2011 vintage at 13,000 bottles.

La Fabriseria Amarone della Valpolicella DOCG Classico Riserva 2011 – 96
This is a bruiser of a wine—but in a very good way. Loud and expressive and with a roundhouse 17% alcohol kick, the 2011 Amarone della Valpolicella Classico Riserva la Fabriseria throws out several different shades of smoke and spice within its thick quality of fruit. Super rich and full-bodied, you’ll appreciate its bold character of toasted espresso bean and oak, presented alongside cola and cherry liqueur. The wine is like a gregarious but cuddly friend who is built like a tank and doesn’t register his own strength. The blend is 40% Corvina, 40% Corvinone, 15% Rondinella and 5% Oseleta, all coming from the La Fabriseria vineyard located between San Giorgio di Valpolicella and Mazzurega in the Sant’Ambrogio valley, with vines at 500 meters above sea level. The grapes are dried for four months in a ventilated room. Since its birth, this wine has only been produced in the following vintages: 1983, 1988, 1995, 1997, 1998, 2005, 2007 and 2011. Starting with this 2011 vintage, the wine now carries the Riserva designation. You won’t find many Amarones quite like this one, especially as only 2,500 bottles of this vintage were made.

This website uses cookies to improve your experience while you navigate through the website. Out of these, the cookies that are categorized as necessary are stored on your browser as they are essential for the working of basic functionalities of the website. We also use third-party cookies that help us analyze and understand how you use this website. These cookies will be stored in your browser only with your consent. You also have the option to opt-out of these cookies. But opting out of some of these cookies may affect your browsing experience.
Necessary Sempre abilitato
Necessary cookies are absolutely essential for the website to function properly. This category only includes cookies that ensures basic functionalities and security features of the website. These cookies do not store any personal information.
Non-necessary
Any cookies that may not be particularly necessary for the website to function and is used specifically to collect user personal data via analytics, ads, other embedded contents are termed as non-necessary cookies. It is mandatory to procure user consent prior to running these cookies on your website.
ACCETTA E SALVA
X